Pack up your kayak and head to Port Austin, MI where you’ll find clear waters and Turnip Rock!

Whenever Tim Allen’s “Pure Michigan” ads come on TV, I get excited to go exploring and see new areas of my home state.

For quite awhile, I’ve heard of Turnip Rock but hadn’t made the trek myself.

This summer, Layne and I packed up our dog Bayleigh, some snacks and our kayaks and made the drive to Port Austin, MI — home of Turnip Rock!

What is Turnip Rock?

This uniquely shaped rock formation gets it’s name from the vegetable it resembles: the turnip.

The water surrounding the formation is shallow — you can actually land on shore and get out and walk out near Turnip Rock.

To prevent further undercutting from the water, a concrete collar has actually been built around the base of the rock at the waterline.

How to Get to Turnip Rock

There are several options for kayak rental and tours in the area.

Since we have our own kayaks, it was fairly simple for us to get out and go.

Both of our kayaks have basic supplies stored at all times: an air horn for emergencies, a life jacket and a first aid kit. If you’re paddling on the great lakes, you’ll want to make sure to have these items as they are required by law.

For day trips, we also pack a water proof bag with food and plenty of water and sport drinks.

Layne is really motion sensitive, so she highly recommends anti-motion sickness meds for this trip as well. 😉 This was one of those “lesson learned” moments after the fact. Ah, hindsight.

We arrived at the public access point at the Port Austin State Harbor to begin our adventure. We paid for parking and found a spot before getting our supplies out and unloading our kayaks.

We walked the short distance to the boat launch area and got in. The attendant at the parking booth told us to put in and head to the right and just paddle along the shore until we reached Turnip Rock.

We used the boat launch, but there is also a beach just a little further down that some people launch from. We found the boat launch to be a simpler option, plus it’s closer to the parking area.

It’s Lake Huron, so it’s fairly chilly water. The day we went, it was a mix of clouds and some wind, so it was a great day for waterproof layers.

However, don’t forget the sunblock… even with the cloudy skies, we both got a little burnt!

The water is absolutely beautiful. It is so clear! It’s deceptive because in many spots it seemed much shallower than it truly was. We both had a great time observing the lake bottom.

The day we went, there were quite a few people on the water alongside us. We passed several others in their own kayaks as well groups that had rented kayaks.

The trip to reach Turnip Rock was significantly longer than we had anticipated. It wasn’t unpleasant.. it was just one of those trips where you keep thinking, “it’s got to be just around this bend” .. and then it wasn’t.

What to Do at Turnip Rock

Once we arrived, we were able to get out to stretch our legs and let Bayleigh go to the bathroom. There is a small sandy area along a rock wall. The ground surrounding the landing area is rocky, so it’s a good idea to have appropriate water shoes on.

There are some large rock walls along the shore near Turnip Rock itself which were beautiful, too.

It’s all private land, so you’re not able to get out along any of the other rock walls. There are quite a few private property signs and there were park rangers patrolling the area as well, both on foot and by boat.

We snagged our pictures and enjoyed a snack before getting back in our kayaks for the return journey.

We floated for quite awhile on the return. Finally we decided it was time to really paddle and off we went.

We landed at the same point we got in. There were quite a few boats coming in at this point, since it was late afternoon by the time we arrived back. Those we encountered were obviously mindful of the smaller kayaks they were sharing the water with. We still kept our eyes open and stayed alert as we neared the shore.

We pulled our van right up to the boat launch, so we were able to exit our kayaks and load them quickly and easily.

The total trip is about seven miles. We enjoyed the adventure and look forward to returning to Turnip Rock in the future! 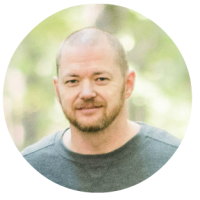 Steve is in love with a girl named Layne. Together, they're creating their best life. With their dog Bayleigh and kids in tow, there are many adventures to be had. Follow along for the best food, DIY, travel and more!